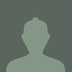 Ziggo cut my internet connection by mistake in September and when they reconnected me the VPN connection that I use has stopped working. I have spent several hours with Ziggo over Twitter trying to get this fixed but to no avail. I have asked Ziggo to give me an IPv4 profile as I am told this is required, they tell me this has now been done but still its not working and now all Ziggo tell me is there is nothing for them to configure and they dont support VPN's.

I have a white Ziggo box and the VPN is done via a Mircotek router creating a PPTP tunnel. The connection between the Microtek and the Ziggo box is directly connected via Cat5 cable, its up, getting an IP address and working but traffic does not pass beyond the Ziggo box.

Its really really frustrating, especially as it was working until Ziggo cut me off by mistake in September. If anyone can help or has ideas on how to get this working. I would be very grateful.

When you go to this website, does it say that you have a IPv6 connection?
If so, maybe after a factory reset you'll get the IPv4 only connection.

Thanks for your post. According to that site I have an IPv4 address.
When I attach to the VPN SSID and ping the ping stops at the Ziggo router.
I cannot see logs on the Ziggo router that may show me the VPN tunnel trying to establish so I have asked Ziggo support to log onto the router and check this, which they did and then told me everything is as it should be but no reason why the VPN traffic doesnt pass from Ziggo.
0 Kudos
Reageren
Reageren